Building a Pyramid for Harvest Festival 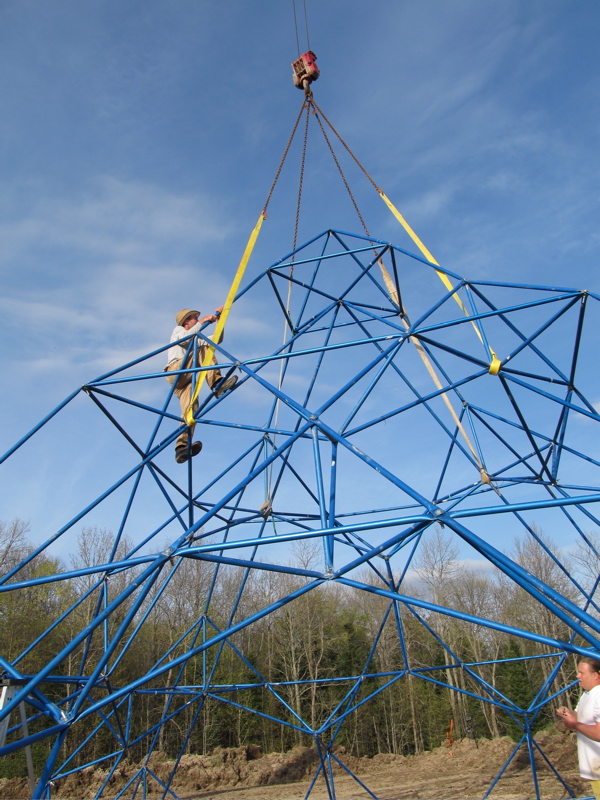 I have been a fan and crew member of the Ontario-based Harvest Festival since it started back in 2000. It’s been a thrill to see the festival evolve from founder Justin Martin’s early vision of fall colours, good friends and “Techno! Playing in a barn!”

And evolve it has. What once started as 200 people huddling around a giant bonfire in late September, has grown to see 1500 revellers frolicking between four stages that include a pyramid and a crashed spaceship. Not to mention the Screaming Heads.

The festival’s current location on Midlothian Ridge, near Burk’s Falls, Ontario is one of the most amazing places I have ever witnessed. This is due to the stunning creative vision and hard work of land-owner/artist Peter Camani. He had already been hosting the festival on his land for a couple years and had warmly received the crew’s plan of adding large scale structures to the his landscape.

I was lucky enough to travel to Midlothian Ridge to help assemble the pyramid, which the team had already spent months designing and fabricating (right down to cutting and bending the several hundred metal poles that make up the structure’s skeleton). Crucial equipment included a 20-ton crane and a bug suit to keep the swarms of black flies away.

It’s not every day you get to check “building a pyramid” off your bucket list!

Here are some pics I took while we were assembling the structure: 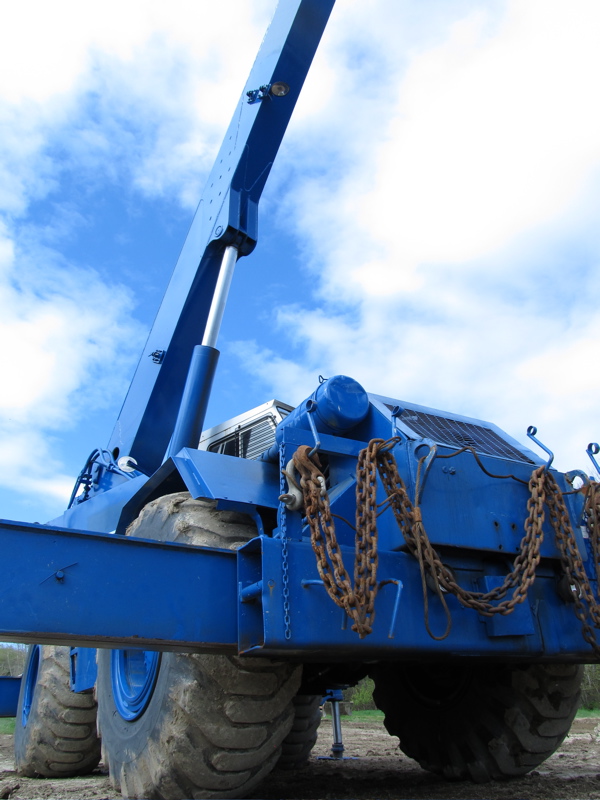 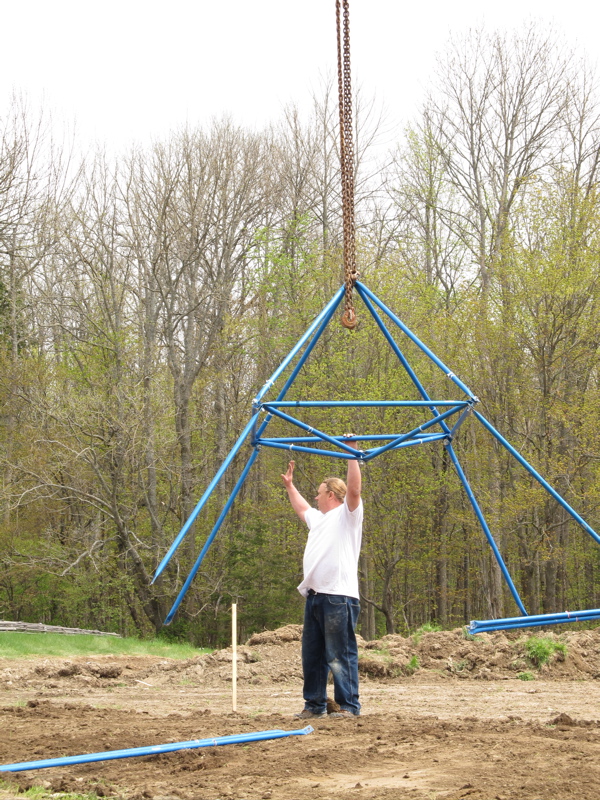 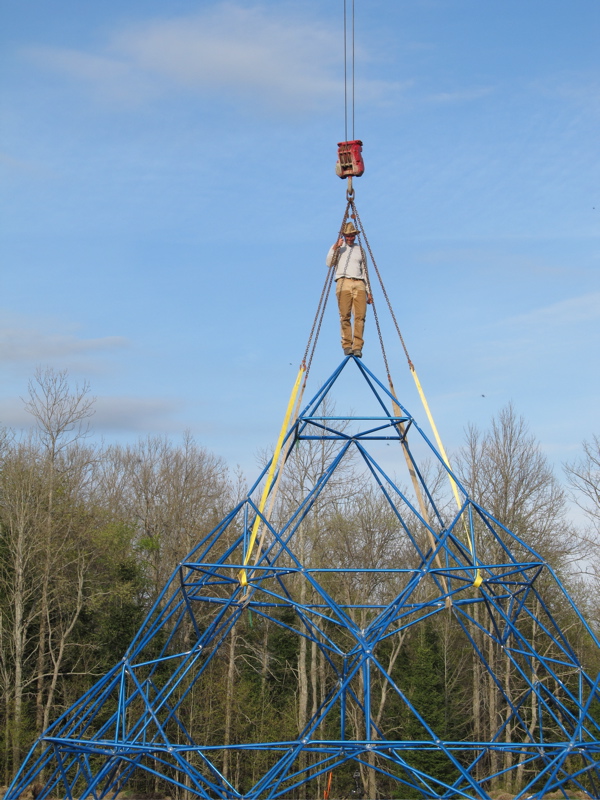 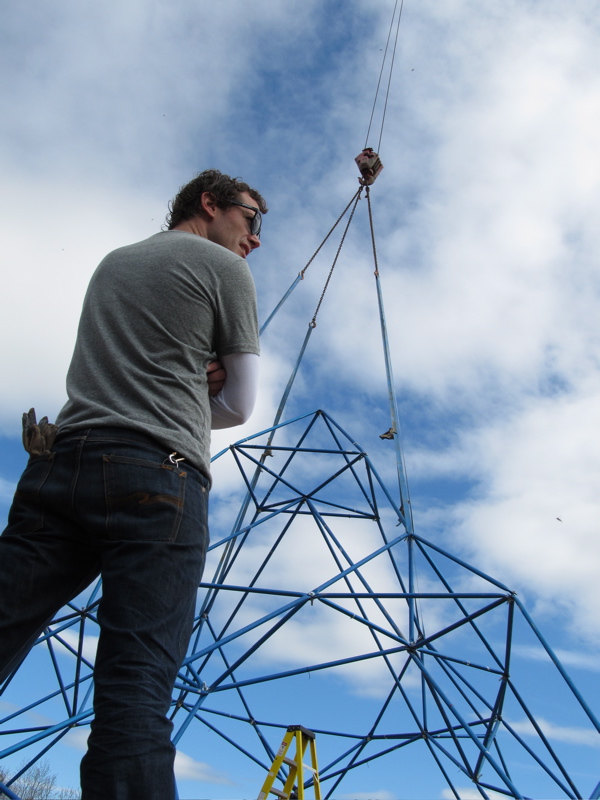 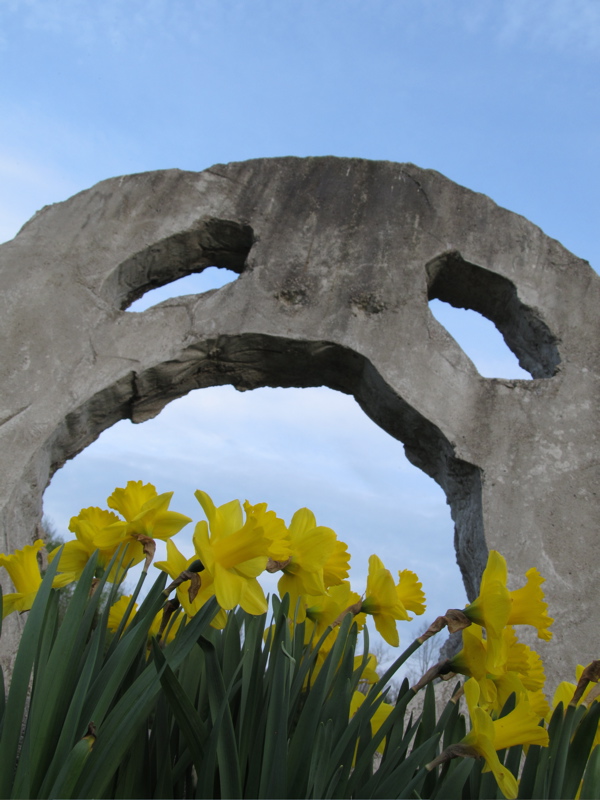 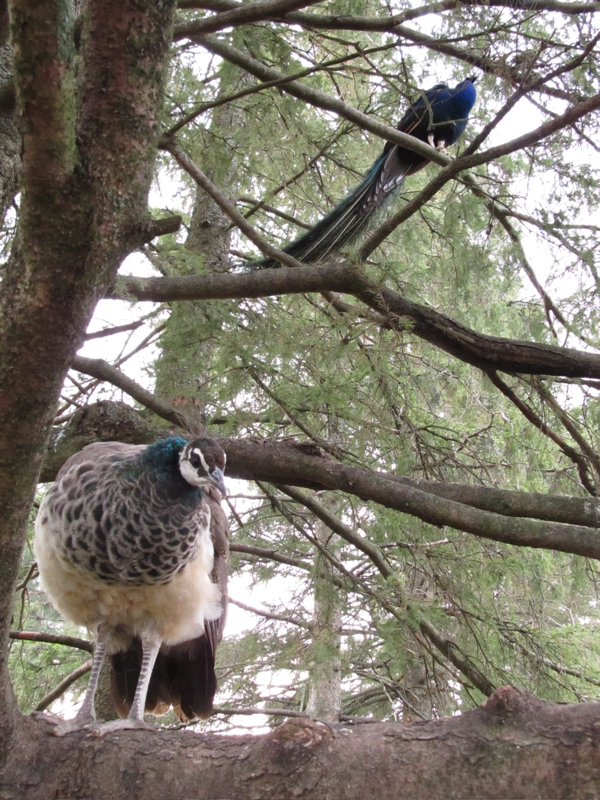 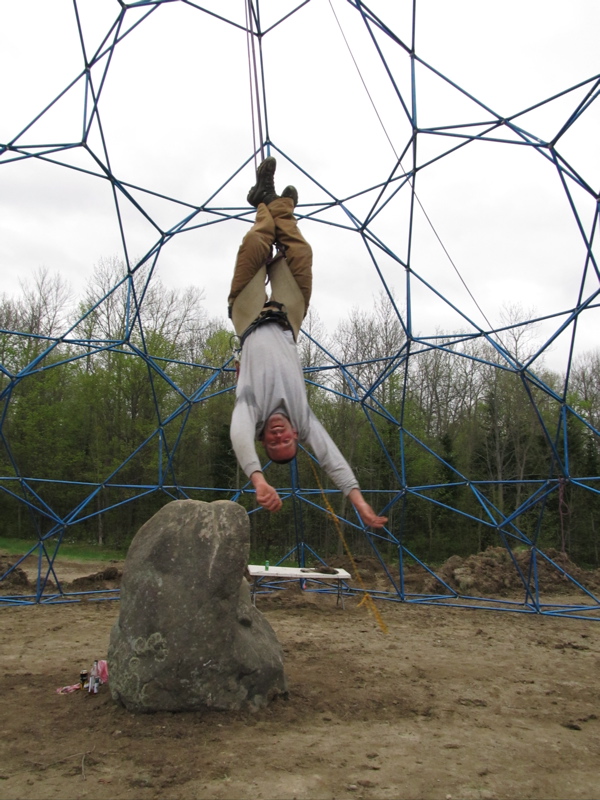 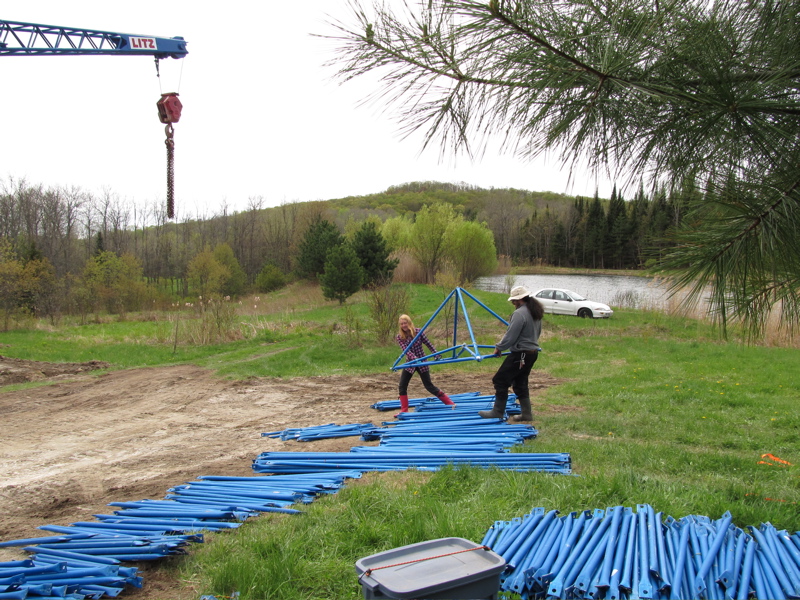 Check out the awesome timelapse video of us building the pyramid:

Photos and video by Dallas Boyes and Scotty Barber.

Here’s the pyramid in action at Harvest Festival: 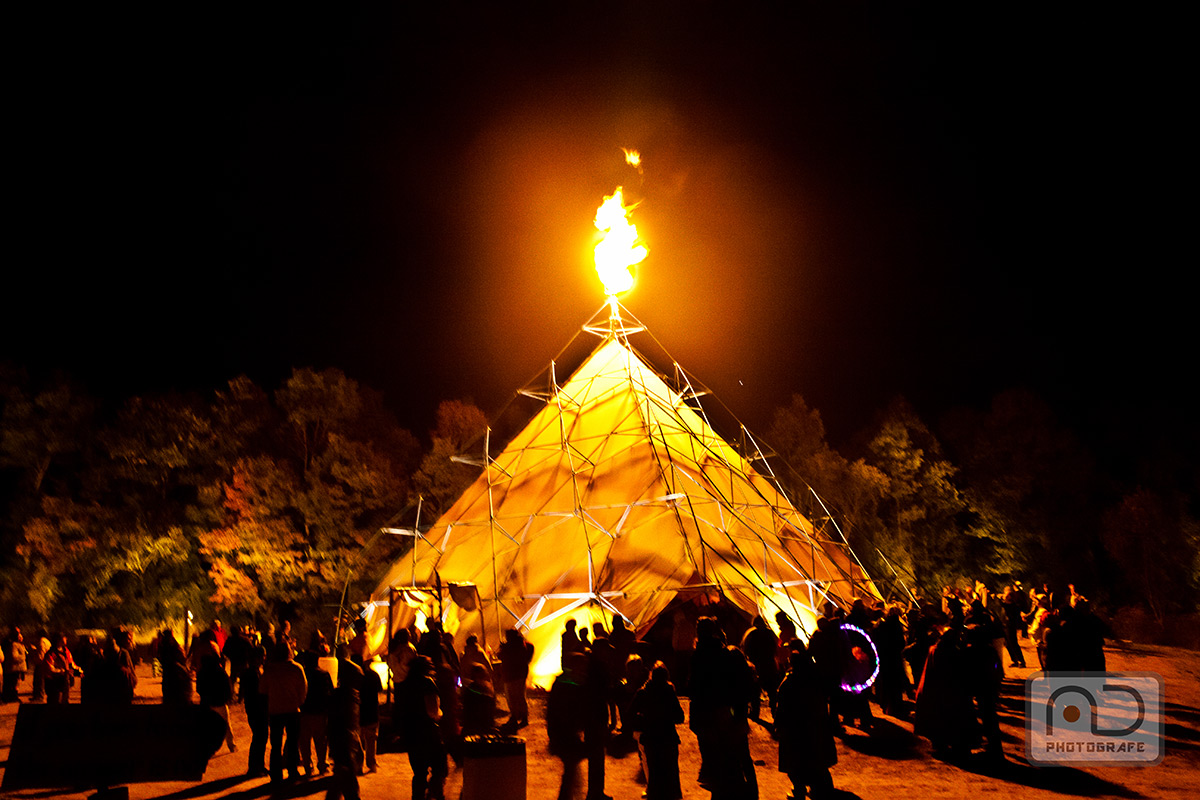