Mobile App Design for Meet Your Meat – and veggies too! 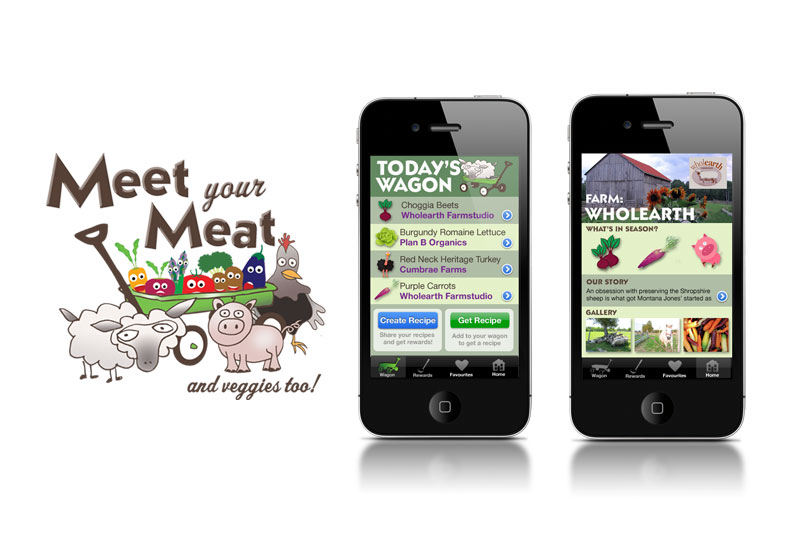 Meat your Meat and Veggies Too! (MYM) is an iPhone mobile app concept I created for a senior project while completing a year-long post-graduate program in Interactive Digital Media (IDM) at Centennial College. It was an opportunity to explore a user-centred approach to mobile app design, produce UX deliverables, create a highly functional prototype and explore concepts such gamification and user engagement. I’m proud of what I accomplished with this project –though it’s amusing to look back at this now and see how I’ve grown as a UX professional.

Shoppers using MYM can choose to learn about their food or discover recipes while they’re shopping. They can also share recipes with the MYM community and earn redeemable points towards future purchases. The app uses the concepts of social connection, gamification and rewards to create engagement around a topic that most people can relate to: What should I eat?

Why did I choose this topic?

I chose this topic because I am passionate about sustainable farming and using technology to create social good. I am fascinated by the food’s journey from seed, to field, to table. In this case, the goal was to use mobile phones to connect urban shoppers with the farmers who feed them – and reward people for supporting sustainable farms. 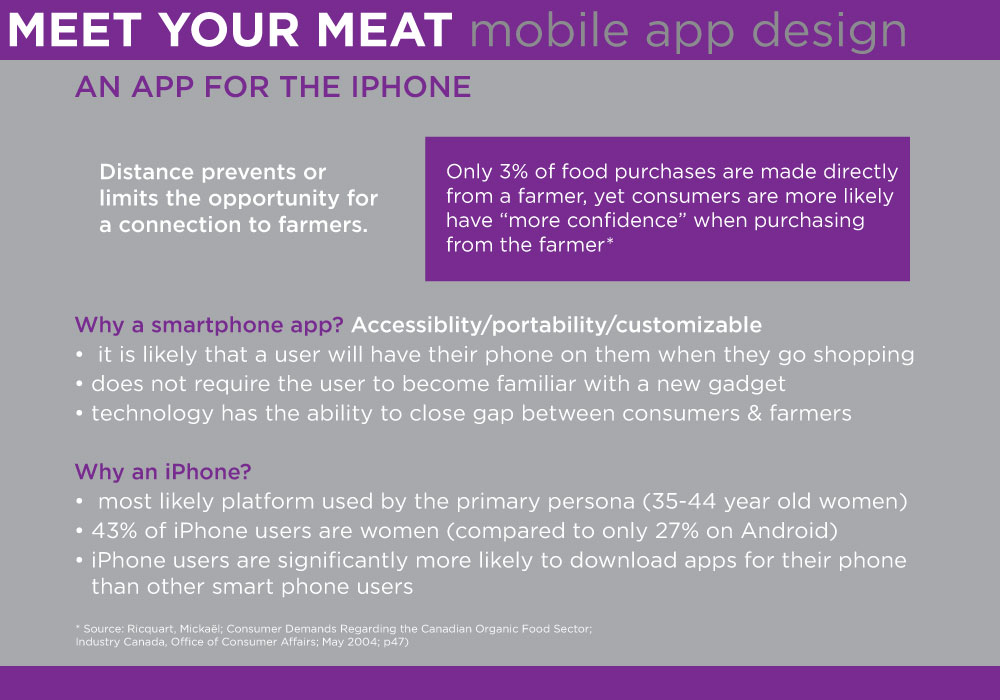 Above: Desk research which validated the Meat Your Meet iPhone app concept. The MYM mobile app was initially designed for iPhone users, but today, the research might suggest a different approach. 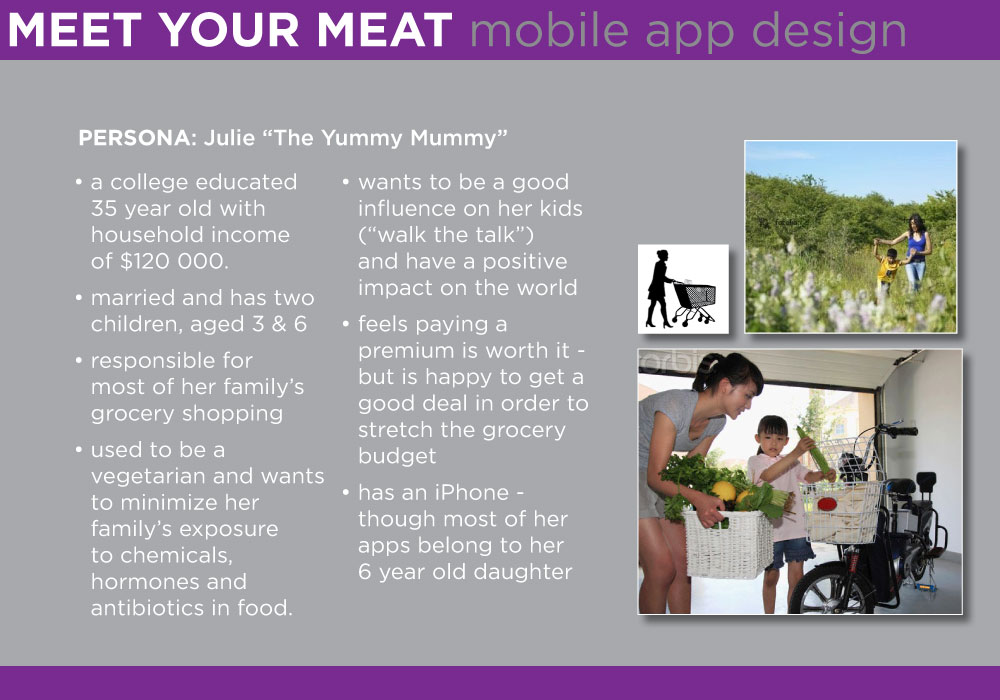 Above: An example of a persona used to help guide design decisions. This persona was validated using desk research and informal interviews with shoppers interested in sustainable farming. 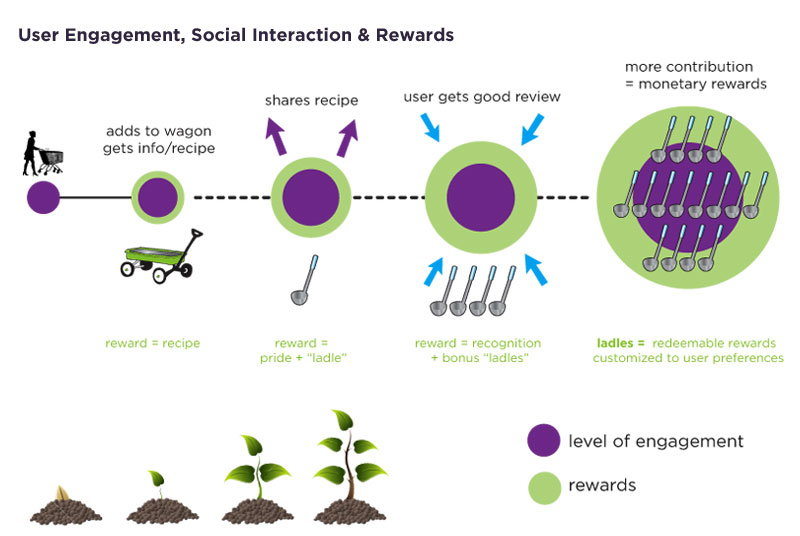 Above: A visual summary of the relationship between rewards and engagement.  The more a person is engaged (from initial adding to wagon, to sharing recipes and getting good reviews) the type and magnitude of rewards will increase.

Visual thinking helped to communicate the complexity of the rewards concept. The goal is to ensure the Meat Your Meat user benefits from minimal engagement (eg getting a recipe) but still has the incentive to participate further (eg the ability to collect points they are able to trade for relevant food-related goods). 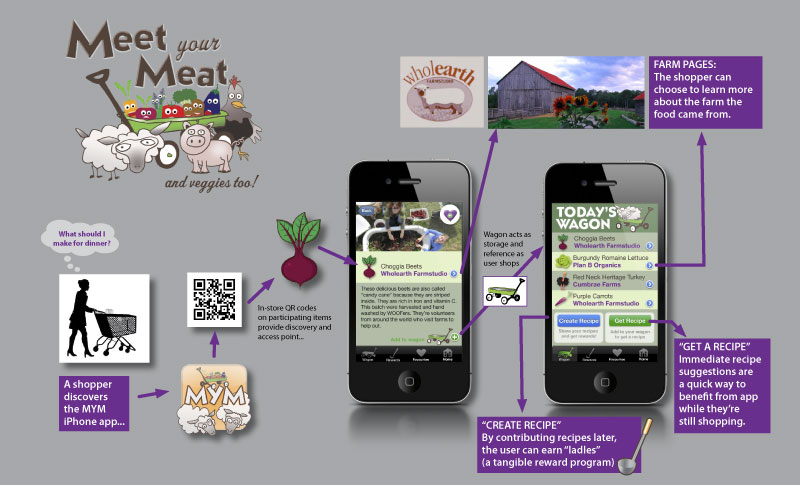 Above: A user flow which serves as a visual summary of the MYM features the user might encounter while shopping in the store.

Let me know if you’d like to see the prototype!

By the way, the Meat Your Meat project was well-received and I graduated from the IDM program at the top of my class, even earning the Dean’s Award for Outstanding Academic Achievement.